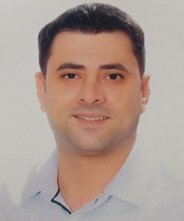 Abdullah Yousif Swaity was born in Abu Dhabi, United Arab Emirates, in 1987. He achieved his bachelor's degree in Oral and Dental Medicine and Surgery in 2009 at the Misr University for Science and Technology in Egypt. Afterwards, he started working as a general dentist in private clinics for 2 years. In 2011, he joined the Royal Medical Services and worked as a general dentist between 2011 and 2014. From 2014 to 2018 he worked in the army as a prosthodontic resident.

In 2020, he achieved the Jordanian board in Prosthodontics to become a specialist, after which he become a prosthodontic specialist in the army as well. He is now joining the OMFS-IMPATH research group at KULeuven do to further research.