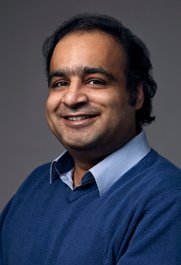 Sohaib Shujaat was born on November 29th, 1985. He achieved his degree in Bachelor of Dental Surgery (B.D.S) from Lahore Medical and Dental College, Lahore, Pakistan (2004 - 2008). After his graduation, he worked as an Internee in all clinical departments of dentistry at Lahore Medical and Dental College, Lahore, Pakistan (2009-2010). He obtained his “Master of Science” (MSc. Dent Sci) degree in Oral and Maxillofacial Surgery (360 credits) with merit from Glasgow Dental School and Hospital, University of Glasgow, Glasgow, United Kingdom, under the guidance of Professor Ashraf Ayoub (2010-2012). During his Masters, he worked on 4-Dimensional facial soft tissue changes in oncology patients. From March 2013 till September 2017, he worked as a Lecturer in the Department of Oral and Maxillofacial Surgery and Course Director of Internal Medicine and Comprehensive Patient Management (CPM) for dental students at Imam AbdulRahman Bin Faisal University (Formerly University of Dammam), Dammam, Kingdom of Saudi Arabia. At the same instance, he served as a Specialist (Registrar) in the Department of Oral and Maxillofacial Surgery, King Fahd Hospital of the University. Currently he is a PhD candidate (OMFS- IMPATH, KU Leuven) with Professor Reinhilde Jacobs as his promotor. His research topic for PhD is related to three-dimensional analysis of hard and soft tissue changes in orthognathic surgery patients and to develop a start of art predictive model for treatment planning.