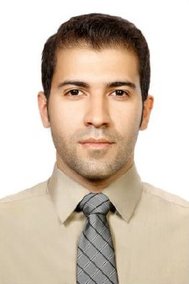 Soroush Baseri Saadi received an Associate's degree in the field of General Electronics from "Shamsipour Technical College/University" in Tehran, in 2005. In 2009, he graduated as a Bachelor of Science from "Islamic Azad University (IAU) - South Tehran Branch'', Iran, in Electrical Engineering-Electronics. After graduation, he did his military service in the Army University of Medical Sciences as Second Lieutenant Officer in charge of a Biomedical Engineering team. Then he was employed in the Kian hospital as a Biomedical Engineer to design, maintain and operate with medical equipment. In July 2016, he graduated as a Master of Science in Biomedical Engineering from Vrije Universiteit Brussel. During his master education, he extensively worked on several Biomedical Image Processing and Biomechanical Simulation projects. At the same time, in order to maintain his living cost, he used his skills to work part-time. To gain work experience in a more advanced degree after graduation, he again cooperated with the Kian Hospital as a R&D member, designer of medical equipment and Surgical Navigation Engineer. After that, he was invited to work as a software developer, R&D member and designer of medical apparatus for a manufacturer of biomedical equipment, Dentus Co. However, since he has always had an interest to be a researcher, and to continue his education to a more advanced level and work in an academic environment, he never stopped advancing his skills in Medical Image Processing. He is highly interested in research positions in the fields of designing medical equipment, Biomedical Image Processing and Deep Learning.