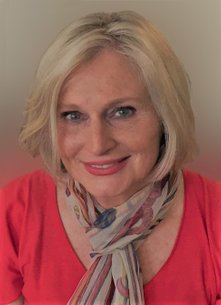 Claudia grew up and matriculated in Germany.  She obtained her under-graduate training as a Dentist at the University of Pretoria and managed her own private practice for several years. She completed her postgraduate training in Maxillofacial and Oral Radiology in 1992 and served as Lecturer in the Departments of Radiology and Diagnostics, University of Pretoria, and Oral Pathology at the Medical University of Southern Africa where she was appointed as Head of Maxillofacial and Oral Radiology in June 2001, a position from which she retired as a Full Professor in 2016. She participated actively in 46 international congresses and refresher courses and authored or co-authored an equal number of scientific papers in peer-reviewed journals. She is on the editorial boards of several distinguished journals in her field of expertise including the Radiology Section of the Oral Surgery, Oral Medicine, Oral Pathology and Oral Radiology (Triple “O”) and the Journal of Chinese Clinical Medicine. She recently co-edited the proceedings of the 2017 21st Congress of the International Association of Dentomaxillofacial Radiology in Kaohsiung, Taiwan. In recognition for her role as reviewer for Triple “O” she received the Lincoln Manson-Hing Award for distinguished service in Scientific Review from the American Academy of Oral and Maxillofacial Radiology and Elsevier Publisher. Claudia supervised- and served as external examiner for several Master’s and PhD degrees. She is currently on the Board of Directors and Regional Director (Africa) of the IADMFR and appointed since May 2018 as Guest Professor in the Department of Imaging & Pathology at the KU of Leuven. Her field expertise include ethics and legislation pertaining to radiation protection, fibro osseous disease and the radiological interpretation of gnathial tumours and cysts.