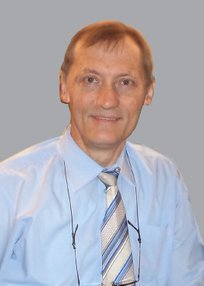 After receiving a MChD degree in Oral Pathology at the University of Pretoria, Erich Raubenheimer joined Medunsa in 1982 as Head of Oral Pathology and Acting Head of Anatomical Pathology. During the first years of appointment at this fledgling health sciences University he was responsible for the histopathology services rendered to the medical- and dental hospitals and regional community clinics.  He obtained a PhD, DSc, FCP (SA) and CBCT certification with the American Academy of Oral and Maxillofacial Radiology, supervised 7 PhD degrees and a large number of Master’s degrees. His research interests are in head and neck diseases and pathology of mineralized tissues, particularly the diagnosis of metabolic diseases of bone. Erich authored 139 papers in peer reviewed scientific journals (eight of which were on invitation) and contributed to three chapters of the 4th edition of the World Health Organizations’ book on head and neck tumours. He was key note speaker at five international conferences and presented 99 invited scientific talks to specialist groups. Erich has a passion for the African elephant and regularly presents talks to interesting societies based on his scientific work on ivory and experience as an elephant tracker in Africa. Erich is presently employed as a senior consultant at Ampath, a large pathology practice in South Africa, holds an extraordinary professorship at the University of Pretoria and a guest professorship at KU Leuven. He is married to Claudia, a remarkable woman who blessed him with four successful children.